High Vibrations, Self Love, and Forgiveness Can Heal You

Six months ago, Diane felt like her world stopped. It was as if the sound just turned off when she received the news from her doctor that she had breast cancer. Cancer, this was one more thing for her to dislike about herself.

Diane’s life is a story about struggle. Growing up, she had been a victim of child abuse. Her father, who was a victim of abuse himself, abused both Diane and her mother.  This had life-long effects on Diane. It deprived her of the ability to know what a healthy relationship is like, which eventually led to more unhealthy relationships. It caused her to blame herself for the abuse, like somehow she had deserved it. She became emotionally numb and lost her sense of curiosity and wonder in life. It led to low self-esteem, depression and a serious lack of self love.

In the end, the physical, emotional and psychological stress it put on her had suppressed her immune system, and now she was facing cancer and possibly death, unless she could be healed. 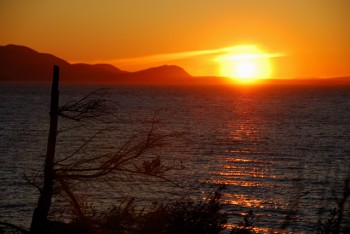 What is healing? You’d expect the answer to be “to cure the cancer of course,” through methods such as chemotherapy, radiation, surgery or hormone therapy, most of which could potentially “cure” Diane. But sometimes, healing is not what we expect, and we need to think outside the box. Sometimes a health challenge opens a doorway to a need for deeper healing. Perhaps in Diane’s case, what needs healing is a lifetime of pain, which is most likely what caused the cancer in the first place.

You may or may not believe such a statement, but if you believe in the theory that everything is energy, and that we as humans are made up of energy, then it would make sense too that even things such as emotions are made of energy.

Our human energy field can store emotional energy from experiences we’ve had. Emotions such as love, joy and gratitude are made of energy that vibrate at high frequencies and are good for us. These high vibrations are similar to our natural state of vibration. Emotions such as anger, resentment and fear are made of energy that vibrate at low frequencies and are not good for us. These can stay stuck in our energy field and cause problems for us.

Scientists agree that stress causes chemical changes in the brain, and that these changes can alter the state of our health. One of the things that stress is attributed to is the emotional changes that happen in our lives. So, these emotions reside in our bodies and interact with the cells and tissues, and in some cases, can cause cellular damage which can lead to disease.

So literally, your biography can become your biology.

In Diane’s case, I believe that there are two major things that need to happen so she can begin to heal.

1)      Loving The Self– Diane has been criticizing and blaming herself for years. Throughout her life, she rarely received much love, affection or praise, and she never learned how to feel good about herself. If she could let go of the past, and begin to love, accept and approve of herself just as she is, she could begin to heal.

2)      Forgiveness– The Course in Miracles says that “all dis-ease comes from a state of unforgiveness,” and that “whenever we are ill, we need to look around to see who it is that we need to forgive.” If Diane could somehow forgive her Father, as hard as that may seem, she could begin to heal.  Forgiveness means letting go, being free. It does not mean she has to condone his behavior.  But hanging on to anger, resentment and the hurt that was inflicted on her can only continue to harm her. 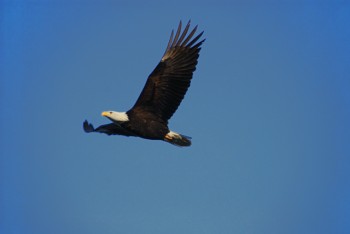 We all have work to do. We’ve all had experiences, traumas, things in our past that we hold on to. Each one of us, at one point or another, suffers from negative self talk or disapproval of ourselves, and I believe we all have someone we need to forgive, whether it is ourselves or someone else.

There is a great book by Louise Hay called You Can Heal Your Life, that I would highly recommend. This book was a strong catalyst for some of the changes I have made in my life. It was on the New York Times best-seller list for 13 weeks running, and has sold over 35 million copies worldwide. It is a book that speaks about the psychological side of healing. Her key message is “If we are willing to do the mental work, almost anything can be healed.” Louise was a cancer victim herself, who through mental and physical cleansing, was cured. I can say with certainty, that there are many more similar stories out there like hers.

Author’s Bio: This article was written by Mary Remington, a spiritual energy healer and clairvoyant.