Brian L Weiss, M.D., a psychiatrist trained at Columbia and Yale, did not 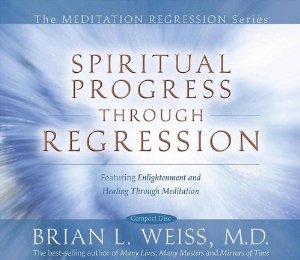 believe in reincarnation. In 1980, Weiss used hypnosis with a patient named Catherine. She described one of her past-lives in vivid detail along with giving Weiss information from his deceased son. Weiss investigated the information, became convinced that reincarnation is real, and began developing regression techniques to help clients release traumas that may be affecting them in their current life. Now Brian Weiss is famous for his past-life work. He’s written books and conducted workshops all over the world, including a workshop I attended in 2009.

This CD contains two powerful meditation exercises, like the ones Weiss uses during his workshops. The first track is a guided meditation for revisiting a past-life. The second track is a healing visualization, taking you to an island with dolphins and crystal therapeutic waters.